Beaches, beer and more of Brasil

It's now already three weeks that I arrived in Brasil. Three weeks of amazing moments, falling in love over and over again with places, situations, the joy of people, friends. But also swimming in rivers, hanging out on the beach and so forth.

I was sad to leave Salvador, as the strangers I met there became friends and made me feel at home. A part of me will probably always stay in Salvador. But as I wanted to discover more of the brasilian Nordeste, I took a bus to Aracaju, capital of the state of Sergipe, 5 hours north of Salvador. 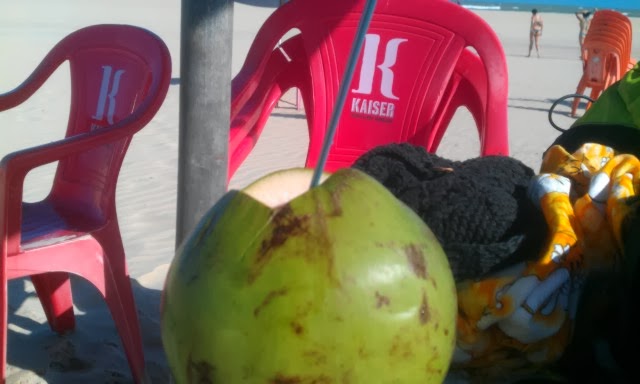 Aracaju itself is, to be honest, nothing special. The city beach at Atalaia is probably the biggest attraction. But it was again the people I met who made the difference. My hosts Dani and Carlos apologized for being busy, but still managed to spend many hours with me talking and drinking beer till the wee hours.

After 3 days, I moved on to the next city, Maceió, capital of the next state, Alagoas. After I arrived, my host Michelle told me that a colleague of hers invited us to spend the weekend with his family in a house on the beach. Sounds great? 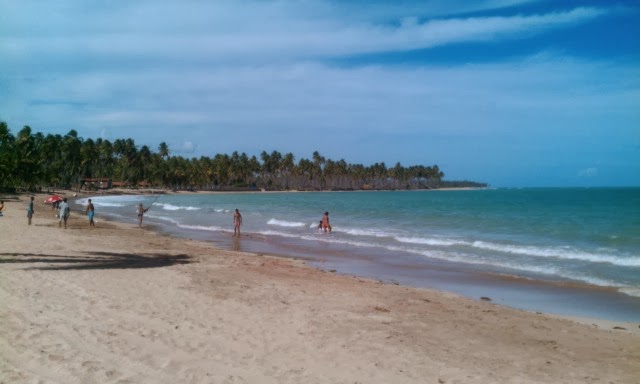 And yes, it was! Two hours north of the city in Sao Miguel dos Milagros, the beach was almost deserted, even though most brasilians spent that weekend on the beach.The house lay directly on the beach and we spent many hours swimming in the turquoise waters and later watching starts and the (almost) full moon.

Most brasilians have an incredible sense of family for european standards. And a weekend with the the family meant ALL of them. Uncles, cousins, in-laws, grandparents (who were drinking with us till 4 am), young children. All of them, around 30 people, enjoying a long weekend off together. Some constantly drinking from late morning till almost sunrise. Most at least some time involved in the preparation of luscious meals and keeping the younger ones entertained. 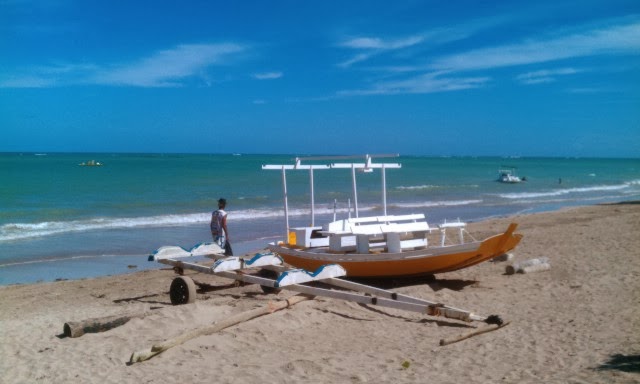 After this amazing time far from urban living, coming back to the city felt also great. As the last two stays were rather short (3 days each), I was looking forward to spend some extended time in a city I already enjoyed during my last trip, back in 2008: Recife. But that will be part of the next story. I hope you all enjoy what you're reading and I promise to be back with more stories soon!
Labels: Aracaju Atalaia Brasil Maceio Salvador Sao Miguel dos Milagros Sergipe