Even though my year in Indonesia was not always easy, it was one of the happiest years of my life. The people are unique, and the adventures are real. Even though we had no real purpose to go back, I felt that I was not finished yet. Well, I still feel the same, even though we went back there once more. My host family really became family to me, and my friends are wonderful. Even though we haven't seen each other for half a year, it felt as if we just went for another visa run to Kuala Lumpur or something like that.


I was very thankful when Fabs supported my decision to go back to Indonesia again. There is so much more to discover in SEA, but our friends and family there became super important to us. And we also needed a proper break and a real holiday, which we knew we'd get on the Gili Islands. So we decided that we would fly to Lombok after our adventures in Australia and go for a holiday before meeting our people on Java. That was the perfect decision.

Before Easter, still in low season, very few people go to the Gili Islands, no tourists around. We flew into Mataram on Lombok and took a direct bus to Senggigi. There we already had a reservation at Bumi Aditya, a small hotel with rooms for 120'000 IDR (9 EUR) per night. It is perfect for a night and they offer transfer from the hotel to the Gili Islands for 70'000 IDR (5 EUR) per person, which is not cheap but worth it as they organize it quite well considering the conditions there.

When we arrived on Gili Air, our favourite, we started looking for a hotel. As it was off season and we planned to stay for nine nights we knew that we're in a good position for bargaining the price down. The first couple of hotels we checked were not ready to go down with the price, so we just kept on walking and asking. The sixth or sevent hotel were the Salim Cottages, right on the beach front. We barely dared asking there about the price, because along the beach they're always super expensive (we thought). The receptionist showed us one of the bungalows and we fell in love with it immediately. We bargained it down to 300'000 IDR (22 EUR) per night on the condition that we'd pay cash directly for the first five nights. That was absolutely fine for us, we payed for the entire nine nights, we don't like to carry too much cash around anyway. 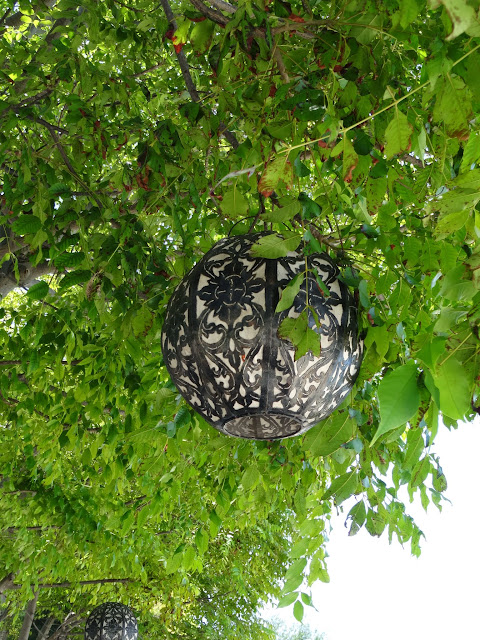 With that settled, we fully enjoyed our holiday. We found the perfect place to stay (for us) and we knew where to get the best food on the island already. Travelling for such a long time made us miss things like looking forward to something, or knowing what you'd get or developing a routine. As we knew the place pretty well already thanks to our spectacular time with our dear friend Angela nine months before, we had a perfect time. We also went on a snorkeling tour and scuba diving. On the Gilis this feels like being in a huge aquarium, because the visibility is extraordinary and you see sharks and mantas on a regular basis. We definitely had a blast.

After this wonderful time we flew to Central Java, where I lived for a year and Fabs for eight months. Meeting our friends and family there was wonderful. We had only little time left and it was by far not enough to see everybody, but we saw many familiar faces and saw the babies that were born in the mean time and heard the stories our friends had to tell and we saw how incredibly fast things in SEA can change. Also politically, now with the new president in Indonesia, and how infrastructure improved and so on. It was definitely the right decision to go back once more, knowing that we will go back again and again. The time there and the people were too impressive to just forget about it. Thank you Indonesia for being wonderful to us!