Immigration and visa regulations and other red tape never made much sense to me. I personally don't feel like a citizen of a country, but rather a human being. As such, I feel that I should be allowed to live, stay and travel everywhere I want to. Regardless of where I was born. Unfortunately, countries and their authorities don't feel the same way.

That's why my passport now already features three visa-on-arrival from Indonesia, each valid for a period of 30 days. I planned my return from Australia exactly 29 days before flying to Kuala Lumpur, which would have worked perfectly. Alas, Lisa's motorbike accident made me return early from Australia. With my return to Indonesia on March 22nd and a trip to Malaysia planned for May 1st to 13th, I would have overstayed my visa. A solution was needed. And the solution came in the shape of a nice weekend trip (four days) to Singapore.

Packing for that weekend trip was an easy thing, as I booked my flights without checked luggage. So I squeezed a couple of clothes, my climbing gear and a few other things into my day pack and kept some of my ten kilogram allowance for things I might purchase in the city state. Yeah, you read correctly: my climbing gear. My host let me know beforehand that she's into climbing and all sports outdoors, so I was looking forward to be finally able to put my climbing gear to good use, for the first time in 2014.

Getting to Singapore was as simple as travelling can be. A quick train ride from Solo to Yogyakarta, a two hour flight with Tigerair and there I was, in the prosperous and dynamic business hub of central Asia. Getting organized and to my host was even easier. Things truly work in a very straightforward way in Singapore. Within one hour, I made it from the plane through immigration and customs, bought a SIM card with unlimited data usage, a card for public transport and took three different MRT trains to my hosts home. And the first impression was never refuted, the efficiency of Singapore is truly impressive. 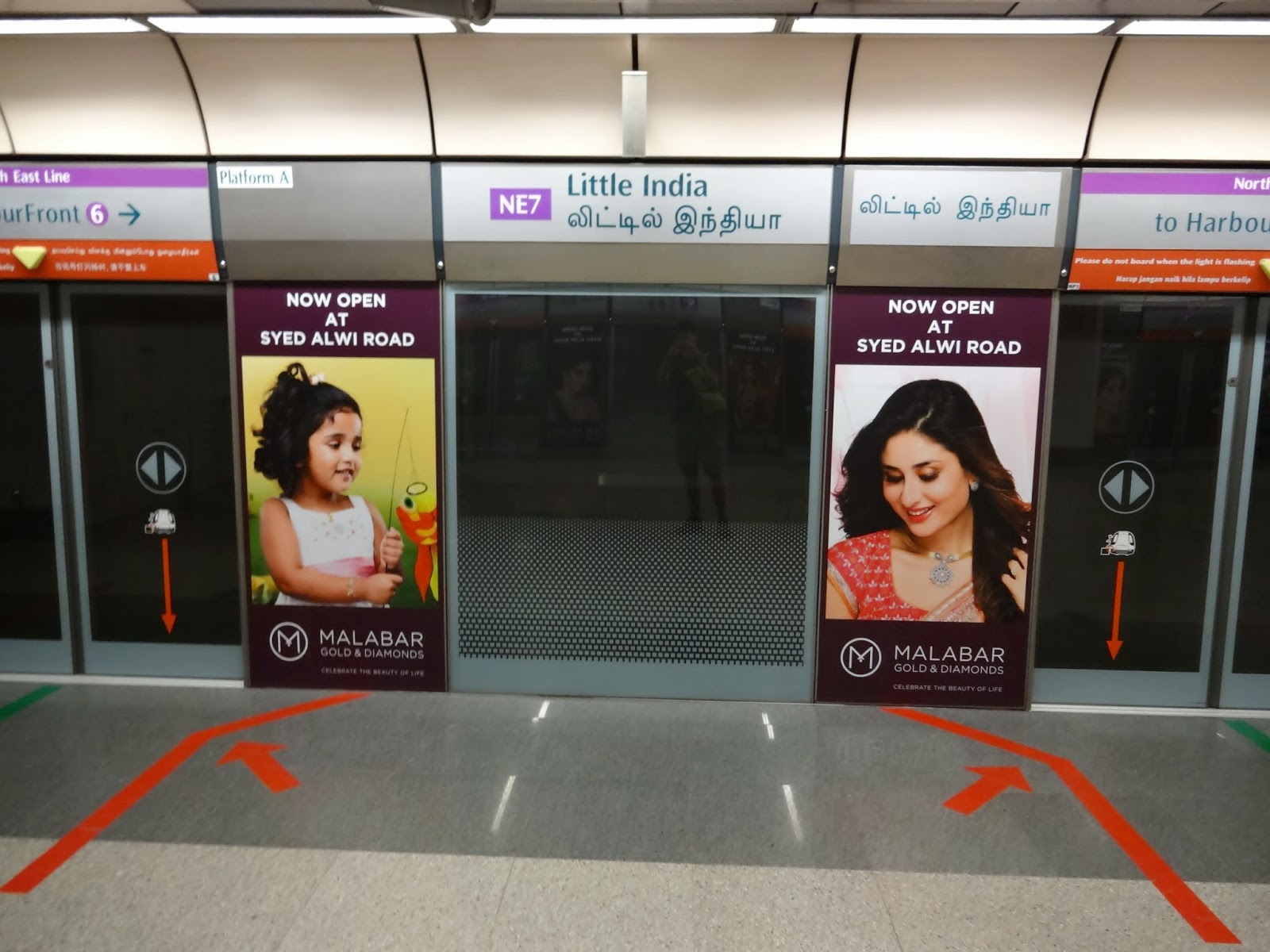 After some time in Indonesia, Singapore felt quite Western. Yes, it's still in Asia as you can tell easily by it's population. But it's also a globally connected and developed nation. I went climbing on my first full day in Singapore while I haven't even seen a climbing gym in Indonesia. While the city continues to grow and is being rebuilt constantly, they manage to preserve pockets of nature, as I could discover during a hike and treetop walk on Sunday afternoon.

What I enjoyed most about Singapore? The diversity and the food. The people of Singapore are of mixed origins. A majority is Chinese, but even the Chinese come from very different parts of China, so older Chinese might often have problems communicating with each other or the younger ones as they speak a different dialect. The Indians and the Malay blend in nicely while preserving their own cultures. Chinese and Malaysian food is everywhere, but Western food is also easy to find, especially in the ubiquitous shopping malls and for Indian food, the best bet is simply to take the MRT to Little India.

Singapore managed to both fulfill my expectations as well as surprise me. It fulfilled my expectations with it's cleanliness, it's efficiency and it's high fines for any contravention of rules, regulations or laws. It surprised me with the lust for life of it's inhabitants. While I got so far the impression that over-regulated societies tend to contain a higher part of dull and unimaginative people, this is definitely not the case in Singapore. I enjoyed a weekend full of inspiration and joyful moments. This and the many great foods I tried (and the even bigger number of foods I didn't try yet) definitely make me want to go back to Singapore soon again.