My trip to New Zealand started almost with a disaster. I've been to many countries so far that officially insist that you have a flight or ticket out upon arrival. But so far I've never been asked to prove this. But well, New Zealand seems to be a bit stricter on this point. I had to find out the hard way. 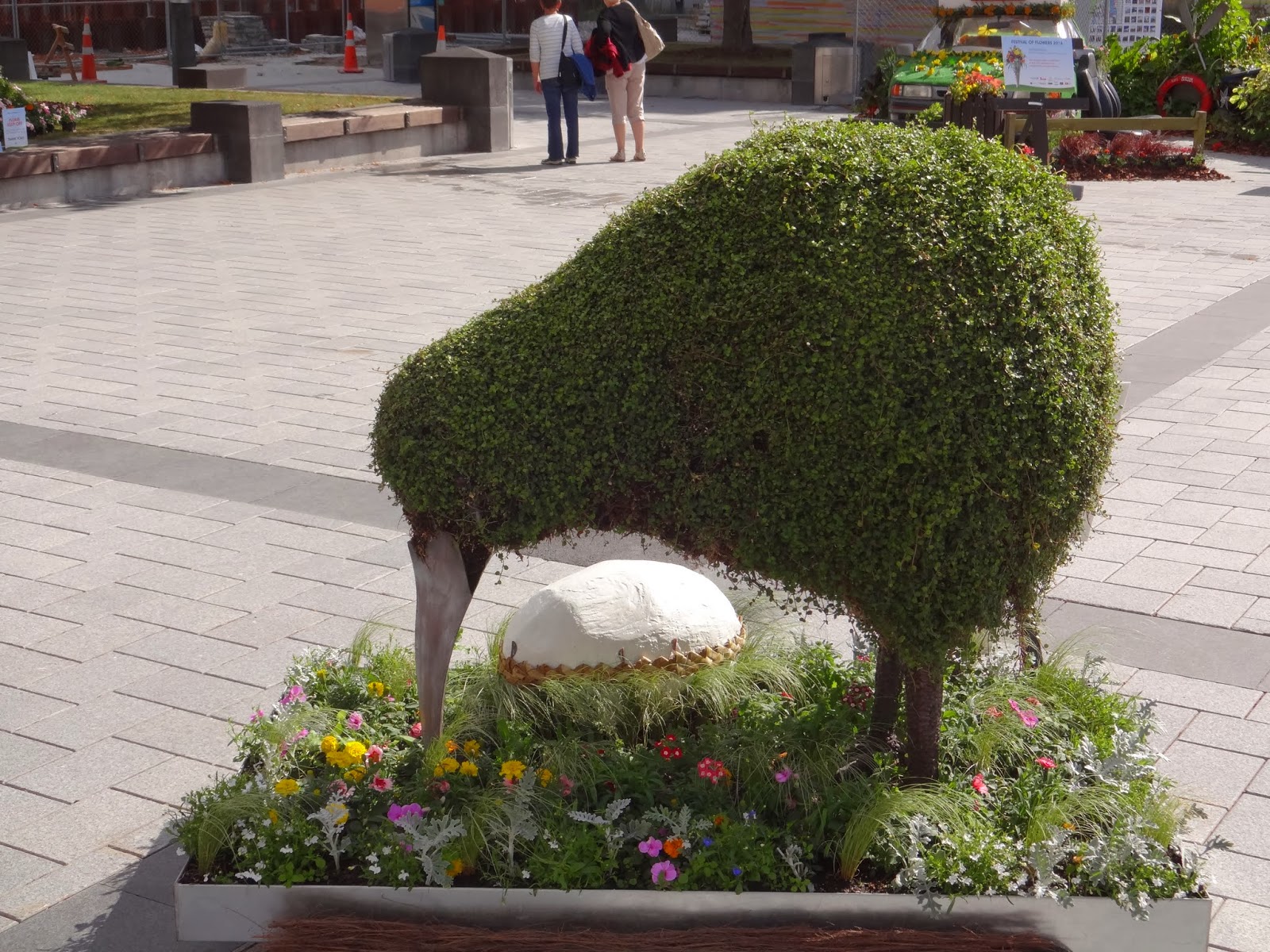 I arrived well early at the Virgin Australia check-in counter at Bali/Denpasar airport. As I had a one way ticket DPS-MEL-CHC, the check-in employee asked me if I had a flight out of New Zealand. Truthfully, I answered that no, but that I had a ticket in less than two months from Australia to Indonesia to prove that I would leave New Zealand again within less than three month. This was not enough. I was told that unless I got a ticket out of New Zealand, they could not check me in as otherwise the airline might get a fine and I might get deported. So the only solution consisted in rapidly booking a flight out of NZ.

Unfortunately, none of the airlines present at Bali airport and flying routes between NZ and Australia can book a ticket for you there. Also, there is no ticketing office in Bali airport. I finally managed with a lot of patience and the slow internet connection on my cellphone to book a flight. An hour later, just in time, as check-in was about to close, I finally succeeded! The rest of trip between Bali and Christchurch was luckily smooth.

New Zealand in three weeks
Of course it is impossible to see all of New Zealand in three weeks. I first planned to spend most of my time in the far south (southern part of the South Island). But the beautiful landscapes didn't compensate enough for the cold climate and after a couple of nights freezing in my sleeping bag I completely changed my plans and headed north as fast as possible.

So my itinerary of the last three weeks looks as follows: a weekend on the Akaroa peninsula (next to Christchurch), the start of a road-trip to Lake Tekapo and Lake Pukaki, Christchurch again, a ferry ride across the Cook Straight, Wellington, Tongariro National Park, Rotorua, Katikati (Bay of Plenty), Paihia (Bay of Islands) and Auckland. I think I did a fairly nice trip and have gained some insight into a beautiful country, but will have to come back to see some other places I got recommended along the way.

The landscapes on the Southern Island reminded me a lot of Scotland and Norway. Rough and rugged, with a climate more suitable for sheep than for humans. Seeing the remains of the big Christchurch earthquake (2010) is impressive (hence the many photos). Wellington is a city with a very high living standard and an exquisite surrounding. Most locals warned me that the weather could be very volatile, I enjoyed a couple of nice, sunny days in and around the city. I'm not a museum person, but I still spent more than five hours exploring Te Papa, the national museum of New Zealand.

The highlight of my last three weeks followed directly on my happy days in Wellington. In two days, I hiked the 43km of the Tongariro Northern Circuit, including a climb of Mount Ngauruhoe, also known as Mount Doom to everyone who has seen the Lord of the Rings trilogy. The trek  is usually done in 3-4 days, but checking the distances I decided to do it in two days. I can recommend this to experienced and fit hikers, as it took me 6 hours on the first day (from Whakapapa village to Oturere hut) and 7.5 hours on the second day (Oturere hut to Red Crater, Mt Ngauruhoe, Mangatepopo and Whakapapa village). If you want to know more about the trek, just contact me.

Rotorua - where I spent just one night - isn't worth many words. Yes, seeing some volcanic activity in the middle of the city is nice, as is soaking in almost boiling water that smells like rotten eggs. But apart from that I found Rotorua rather bland and definitely overtouristed. My next destination was much more appealing: Katikati, a sleepy town in the rural Bay of Plenty. As the name says, it's a fertile region where most of New Zealands kiwifruits and avocados grow. My host John, 80 years old, lives in an old campervan and grows most of his food in his own garden. A second converted campervan is where his many guests sleep. I enjoyed our exchange across generations very much and will always remember our long conversations in the hot pools and over succulent meals of fresh and organic fruits and vegetables.

After that, I followed an invitation to discover the far north. A nice Norwegian CouchSurfer had invited me to stay with him in Paihia, a touristy beach town about three hours north of Auckland. I hitchhiked all the way from Katikati (more than 400km) easily, as hitchhiking works perfectly in New Zealand. In three weeks, I've only taken local buses in the bigger cities. All other trips I did by putting my thumb up and hoping for nice people going my direction. The best way to meet the local population. The definite highlight of the North was a day across the bay in Russell, wine tasting with a beautiful view and great company. To everyone who plans to go there: contact Omata Estate!

And well, I guess that's it. My first trip to New Zealand. I'd now like to share with you some general thoughts about traveling in Kiwiland.

A travelers paradise?
Yes, New Zealand is a beautiful country, as I confirmed to many a kiwi while hitchhiking. And yes, this makes NZ attractive to travelers and tourists alike. New Zealand is a popular destinations especially for Europeans and Northamericans of all ages. This is nice for the people who live from tourism. And there are many in NZ. This is also nice for tourists, as they are welcome and their stay is made easy by government agencies, I-sites (tourist information), local tourism boards, hotels, backpackers, car rental agencies and so on. For anyone who seeks an easy and straightforward travel destination with beautiful views, New Zealand is about perfect.

The seasoned traveler however who seeks experiences rather than sights, encounters with locals instead of "cultural shows" and tries to find places off the beaten track, New Zealand feels sometimes a bit unsatisfying. Often, the path is so beaten, that it becomes difficult to experience the uniqueness of a site. The contact with locals is often only superficial, as they meet so many foreigners every day.

I don't blame New Zealand for that. Making money from tourism is often the biggest source of income for remote communities, especially on the South island. For me personally, this means only that a future trip to New Zealand will have to be well prepared to find those rough spots, where mass tourism hasn't left it's shiny spots yet. And I only hope, that there will be a future trip.